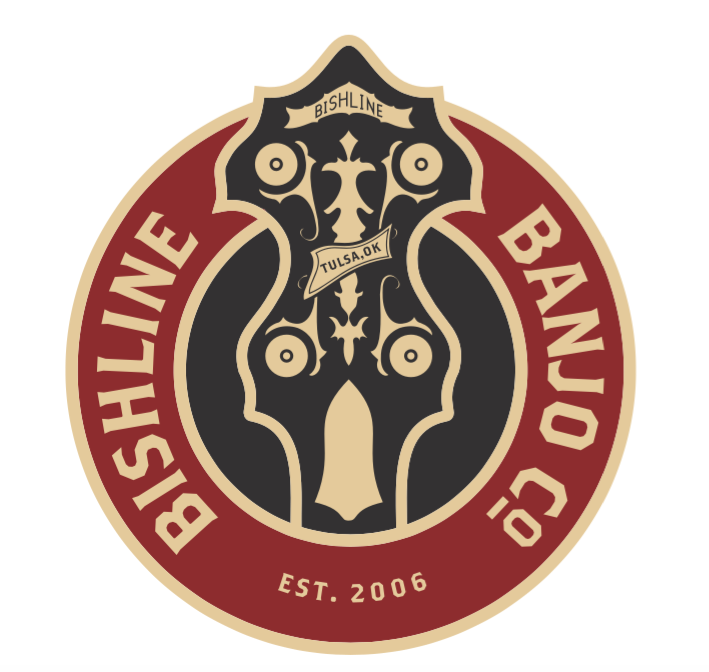 Late one night, almost 10 and half years ago, I had a meeting with my friends Frank and Andy at Franks heating and air store.

The purpose of the meeting was to find out if I was interested in starting my own banjo company. At the time I was teaching banjo and doing repair work for guitar house of Tulsa and had been building banjos and guitars for my students out of my garage for 20 years.

Over the next six months I built five banjo models and in September of 2006 we launched our web site and went to our first NAMM show in Nashville. While we were there, Stan Werbin of Elderly instruments took a chance on us and made an order. It was official.  Bishline Banjos was off an running!

Since then I’ve been lucky enough to build hundreds of banjos for people all over the world. I must tell you that the level of satisfaction that I get from building a banjo that brings someone years of happiness is the best part of my job!

Now that we’ve reached the ten year mark, there are a lot of people that I want to thank for making it possible First of all Andy and Frank for helping me get started and for their continued work.

I’ve been lucky enough to work with a couple of awesome luthiers whose time and talents have helped make this company what it is.
David Haddock and Ben Liggett. Not only are they great luthiers but great friends. 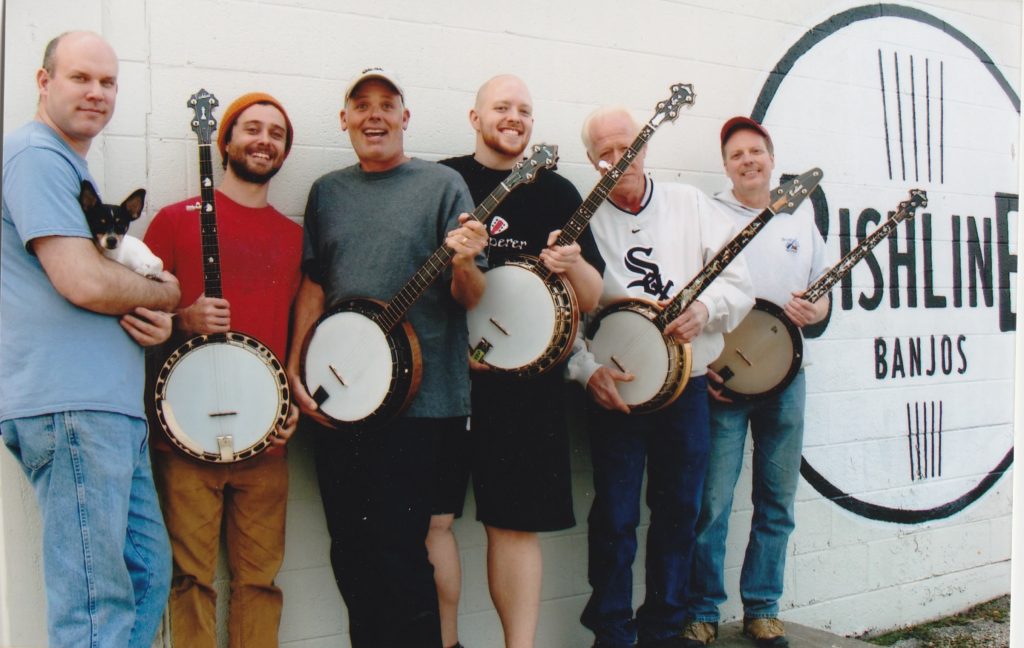 Another guy that took a chance on us in the early days was Danny Barnes. Over the years Danny has played our banjos on hundreds if not thousands of live shows and recordings and helped introduce our banjos to the world. He has also become a great friend and a talent I greatly admire.

Finally I want to thank our dealers and customers who have also enabled me to to do what I love for a living for the past ten years.
Lord willing we’ll keep building the best quality, easiest playing banjos we can for at least another 10 years!